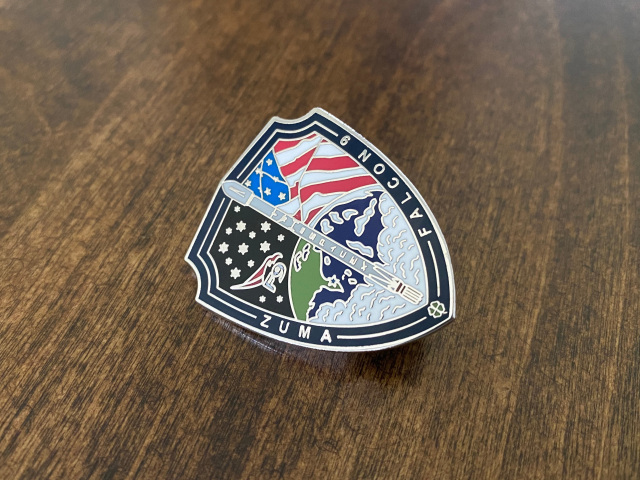 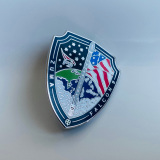 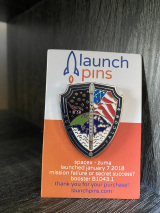 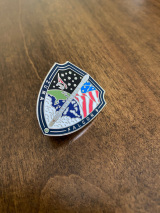 A mysterious 1.5" hard enamel pin of the SpaceX Zuma mission, launching a classified payload for ... we still don't know who for! Launched January 8th 2018 on a falcon 9 rocket, B1043.1, from LC-39A at the Kennedy Space Center during a crystal clear evening. The rocket lifted off and performed flawlessly! With the secrecy of the mission though, the live feed was cut during flight. Not long afterwards rumors floated around of it being a mission failure. Ultimately we were told that the payload adapter, specially made by Northrop Grumman rather than the standard SpaceX one, failed and the payload did not detach from the second stage, thus burning up in the atmosphere upon re-entry of the second stage. However, the secrecy involved in this mission, and some other oddities of this launch leave ample speculation that perhaps it was, in fact, a successful mission and the statements of it being a failure are just a ruse ... We'll leave you to make up your own mind, but whatever the fate, the pin is an awesome design, so get yourself a pin of the mission patch today!