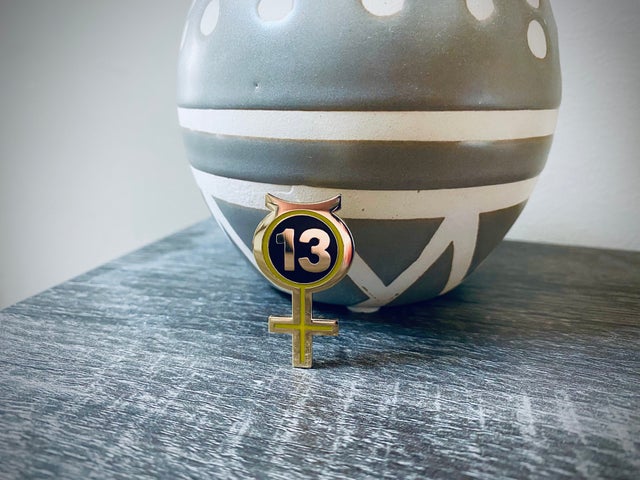 Mercury 13 was a term coined for the 13 women who underwent the same physiological screening tests as the astronauts selected by NASA on Apri 9, 1959 for Project Mercury. They were not part of NASA's astronaut program and never flew in space as part of a NASA mission as the program was cancelled. The thirteen women were;

Only in 2021 did Wally Funk get to fly into space aboard Blue Origin's first crewed flight of their New Shepard suborbital flight.

This pin was designed by the very talented Tim Gagnon (@KSCartist on twitter), and $1 of every pin will go to the Taking Up Space non-profit.