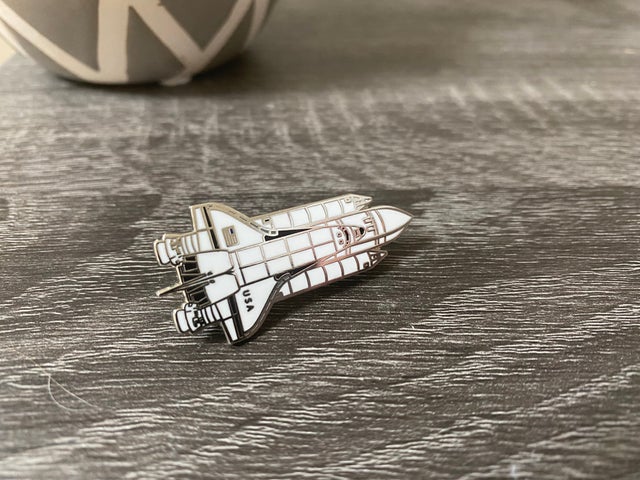 The Space Shuttle Columbia, stacked with its two SRB's and external fuel tank. The first two shuttle flights of the Space Transport System (STS) were unique as they both had a painted external fuel tank. After STS-2, all future tanks were left in their natural, and well recognized, orange color of the insulation foam. Columbia was also unique because of the black chines along the edge of the wing next to the body of the orbiter. Engineers were unsure of the heating that would be experienced in those areas, and so added thermal protection there. After the flights they learnt from the data that the extra protection was not needed there, and all of the other shuttles did not have the black chines! Celebrate the very first launch of the Space Shuttle on the 12th of April 1981 with this beautiful pin!