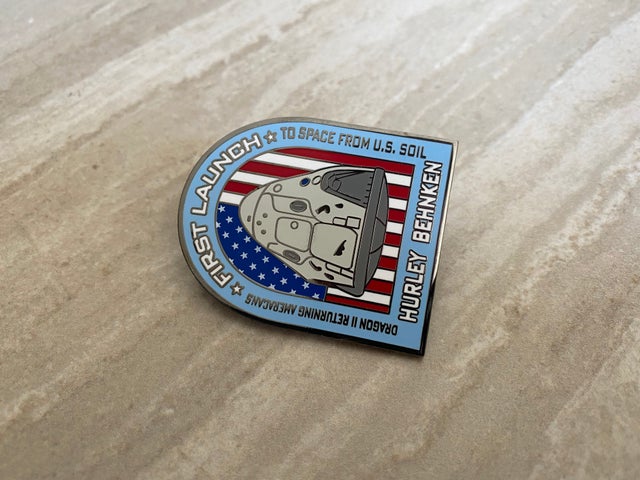 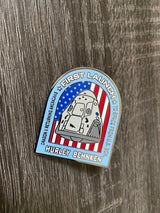 Bringing the excitement of the first crewed launch from American soil since the Space Shuttle in 2011, this is a hard enamel version of the USSF 45th Space Wing mission patch. The American flag in the background with the crewed capsule in the foreground. Surrounding this are the names of the 2 astronauts along with "Dragon II Returning Americans To Space From U.S. Soil". What an amazing piece of history as we launch "American Astronauts on American Rockets from American Soil"!